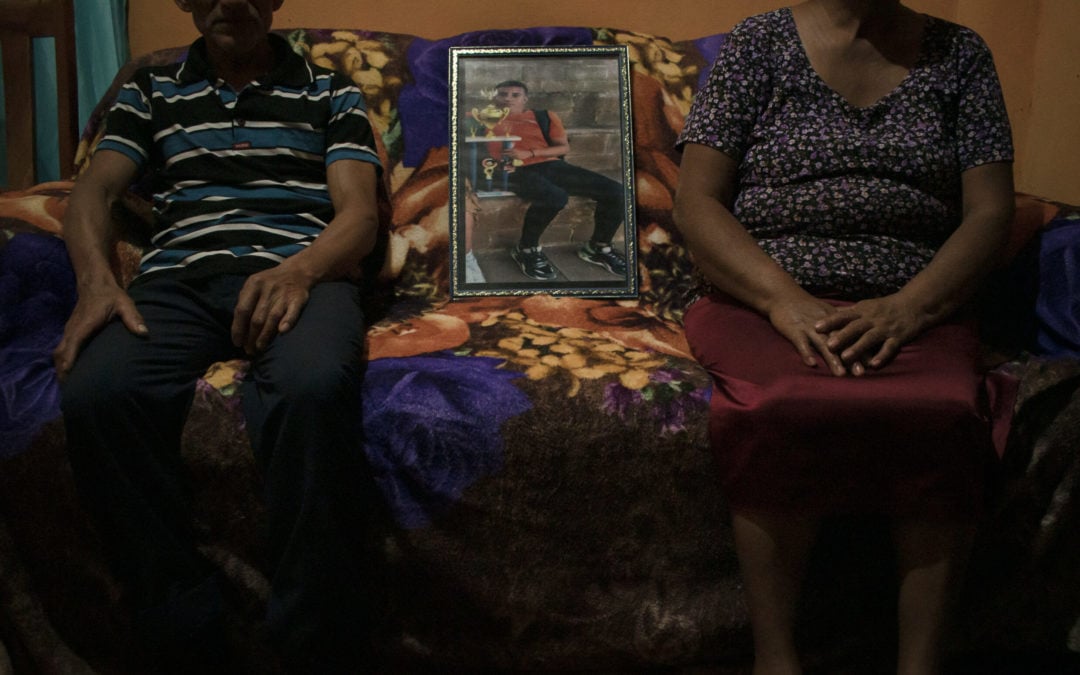 Internal documents of the National Civil Police (PNC) confirm that at least six people detained during the emergency regime were killed inside the prisons in the first 50 days of the measure, while at least two others died with signs of having been previously beaten. This fact contradicts the official version defended by President Nayib Bukele and his security cabinet, who have publicly stated that the inmates who died during the emergency regime died of natural causes.

«I have heard the opposition say that people are dying in prison. And that we are somehow killing the inmates or letting them die […] But people die in the prisons just as they die outside because they get sick. After all, they get old; some have terminal illnesses, etcetera,» said President Bukele during a live broadcast in which he appeared together with his expanded Security Cabinet on October 16.

However, internal PNC documents to which Revista Factum has had access contradict the president’s version. On May 18, 2022, just before a month and a half into the emergency regime, agent, Carlos Roberto Martínez Cabrera from the Police Information and Operational Control Center (COP) sent an email to José Norberto Brune Bonilla, the PNC’s legal representative, with the following message:

«Respectfully, with instructions from the Head of COP, I attach an Excel file referring to prisoners detained during the exception regime.»

The document contains a list of 24 inmates who died in police lockups nationwide between March 30 and May 8. For each deceased, the report details the name, date of capture, the prison where the detainee was held, date of death, and a brief description of the circumstances. In 6 of the 24 cases described, the authorities admit that the cause of death was homicide or «over-investigation of homicide,» as these victims are reported to have died with signs of having been beaten.

Since the emergency regime officially began last March 27, several national and international human rights organizations and press reports have pointed out grave human rights violations, such as thousands of arbitrary detentions, torture, and dozens of dead inmates inside Salvadoran prisons. Cristosal, the organization that keeps the most extensive and detailed record of human rights violations under the emergency regime, counts 90 deaths inside the jails in the first seven months of the measure. This figure has been publicly confirmed by the Minister of Justice and Security, Gustavo Villatoro, who also added that this figure is «normal.»

Among the names appearing in the police document -whose cause of death is to be found out as «homicide» or injuries- is identified as Walter Vladimir Sandoval, 31, a sportsman and soccer fan whose case was made public through the press. According to the police report, around 10:00 a.m. on April 3, Sandoval was about to be admitted to Sector 3 of the Izalco Prison when «he began to act erratically and fell from the bleachers, becoming unconscious on the spot.» However, the same report states that «the autopsy result determined that the injuries caused to the victim were provoked, determining that the case becomes a homicide.»

The Human Rights Institute of the UCA (Idhuca) has documented accounts affirming that Walter was subdued and tortured by police from the central delegation of Ahuachapán.

According to a report in La Prensa Grafica, Sandoval’s family said that he was captured on March 30, near his home, when he was in a drunken state and that «witnesses saw how they (the police) beat him, demanding that he say he was a gang member when he was not.

Almost eight months after Walter’s death, his family still has not received the results of the autopsy performed by Medicina Legal. Idhuca, which legally accompanies the Sandoval Peñate family, has also not received the document that would help clarify the circumstances in which Walter, the youngest of three siblings, died.

Walter’s parents are convinced that their son died due to a beating and did not believe the version of the police, who reported that the young athlete fell from some bleachers when he was about to be admitted to the Izalco prison. For this reason, they have been seeking justice since they received the corpse. «If I had known that Walter was a criminal, although it would have hurt me, I would have kept quiet; but I know him. That is why I have moved around different places trying to see that justice is done, because I knew him,» Walter’s father told Revista Factum.

Another of the deaths that occurred inside the prisons and that was identified as «homicide» by the PNC is that of Romeo Mauricio Posada Urrutia, 57 years old, who, with his family, lived in Guatajiagua, Morazán. According to the police report, on May 16 of this year, Posada Urrutia was transferred from Phase 3 of the Izalco prison to the Jorge Mazzini hospital in Sonsonate «because he had health problems.» The same report states that upon arrival at the hospital, «the body had cracks in his hands and feet. The forensic doctor stated that the body presented generalized edema with skin sphacelation in the right upper limb». A forensic doctor consulted by Factum explained that the description refers to the body being swollen and with burst skin. «In cases of people who have been beaten to death, it can be described as generalized edema. Otherwise, the autopsy would have to specify in which part of the body the edema is,» said the doctor, who preferred not to reveal his name for fear of reprisals.

According to a publication of El Diario de Hoy (EDH) on May 18, Posada Urrutia’s family claimed that he was captured for being the father of a gang member, which is not a crime under any Salvadoran law. In addition, the family also stated that the two had cut off communication for a long time. EDH reported that Posada Urrutia’s family suspected their relative was tortured before his death. «Images that family members showed to El Diario de Hoy showed Romeo’s entire right arm was purple and some parts of his skin were missing. The same injuries were seen on his back. His legs were also bruised, and he had stitches on his head», said the publication.

Currently, Posada Urrutia’s daughters no longer reside in Guatajiagua. Other family members reported that they left because of police harassment. They also said that another daughter of the deceased prisoner was detained and, according to her relatives, was pressured – like her father – to inform her brother. The family is convinced that Posada Urrutia was murdered inside the prison. They claim that the last time Romeo saw his son – whom the police are insistently trying to capture – was five years ago when his mother died.

On the other hand, a case that had not been made public until now is that of José Luis Guevara Ulloa. When searching the internet, his name does not appear, but he is listed in the police report under «not publicly known» cases. However, the police itself recognizes him as a case of homicide inside the prisons during the emergency regime.

According to the report, Ulloa, 36, was detained on April 26 on charges of illicit groupings and was taken to cell number three of the police prison cells in San Miguel. Three days later, he was taken to the San Juan de Dios hospital, where he died in the emergency room. The report details that at the moment of his death, a prosecutor and a forensic doctor arrived at the hospital and determined that the cause of death was to be determined by «Violent Death Form 49460. It is modified to homicide».